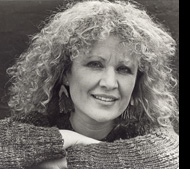 As part of Belfast Film Festival I attended a masterclass with my good friend Peter Mullan, at which I met talented director Nadia Tass She invited me to the screening of her wonderfully touching film Matching Jack, with Northern Ireland’s very own James Nesbitt and the amazing Richard Roxburgh.

We had a great chat about future work  and I would to thank Nadia for her wonderful career advice.

I hope we can work together at some point in the future. Visit Cascade Films, Nadia’s film company’s website for more information on her and her work.