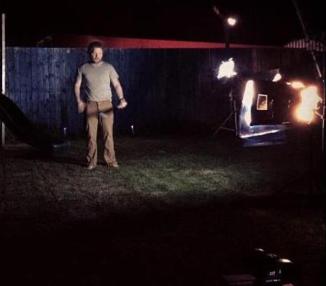 After the success of Desecration last year, myself and Marty Stalker will be collaborating once again on a new film called To Lose Control.

It’s probably my most ambitious role to date, as I take on the character of Royal Marine Chris Draper, an Afghanistan and Iraq war veteran who is trying to cope with P.T.S.D (Post Traumatic Stress Disorder).

The film explores the once controversial therapy EMDR, (Eye Movement Desensitization and Reprocessing) used for dealing with P.T.S.D, and how family and close friends all become affected by it.

Plans are to have cameras rolling this summer with some locations around Northern Ireland doubling for Afghanistan. Here’s a teaser trailer of what you can expect –