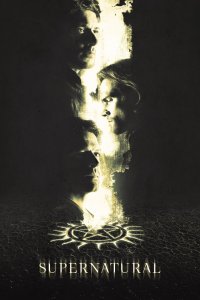 A few months ago I made the move from Belfast, Ireland to Vancouver B.C., and I’m really delighted that making that decision is starting to pay off. Recently I’ve been working on the legendary TV show Supernatural.

It’s a show close to my own heart as my Mum used to binge watch it while she was going through chemotherapy – so you can imagine she was excited as I was when I got the gig!

Nightmare Logic was written by Meredith Glynn & directed by Darren Grant. I’m playing Neil & I hope you’ll enjoy watching it as much as I did working on it!

Here’s a little promo to whet your appetite before it airs this Thursday.

Chris is an Irish actor who is based in Belfast, Northern Ireland. http://www.imdb.com/name/nm1247379/?mode=desktop&ref_=m_ft_dskr He has collaborated with the best directors in film, television and theatre in projects such as the award-winning The Magdalene Sisters (Momentum), The Boxer (Universal), Fifty Dead Men Walking (Brightlight Pictures), Good Vibrations (Revolver Films), Mrs Brown's Boys D'Movie (BBC Films), 71 (Warp Films), Shooting For Socrates (New Black Films), and High-Rise (Recorded Picture Company). On TV, Chris has played leads in The Guards (TV3) The Man Who Crossed Hitler (Hardy Pictures for BBC) The Clinic (RTE) The Family (BBC) Missing (BBC), The Titanic Enquiry (BBC), Ripper Street (BBC), Galavant (ABC) and The Fall (BBC). Chris has worked with some of the top theatre companies in the UK and Ireland. Additionally he is proud to have both starred in and co-produced a successful UK/Irish tour of The Wrong Man, which received critical acclaim throughout its run. View more posts