Fractured City is to be screened at the QFT  as part of a charity event, http://www.geraldinesjourney.com, this Saturday at 2pm. I worked on this last year with an amazing cast that included film industry stalwarts like Gerard McSorley & Martin McCann.

I met director Sean Murray after seeing his first short film ‘Coco’. After sharing stories of heading out to places like The Arena and Kelly’s in our youth I was delighted to be offered the role of Sean, uncle of the main protagonist, Paul (played by Ciaran Court).

‘Fractured City’ charts the story of two friends, Paul and Seamy, growing up in Belfast during a period of political turmoil. Belfast in the 1990s could have been mistaken for any other city but the legacy of war ensured otherwise. The new dance culture was kicking in and the raves were doing something that no one had seen before – getting people together. But the drugs that came with it were always going to be a problem. Some groups were selling them, and some were killing you for selling them. After attending a nightclub, the lives of both men change forever after an unfortunate encounter with a leading paramilitary.

This film has exceeded all expectations with a successful film festival run and the director picking up a Royal Television Society award. 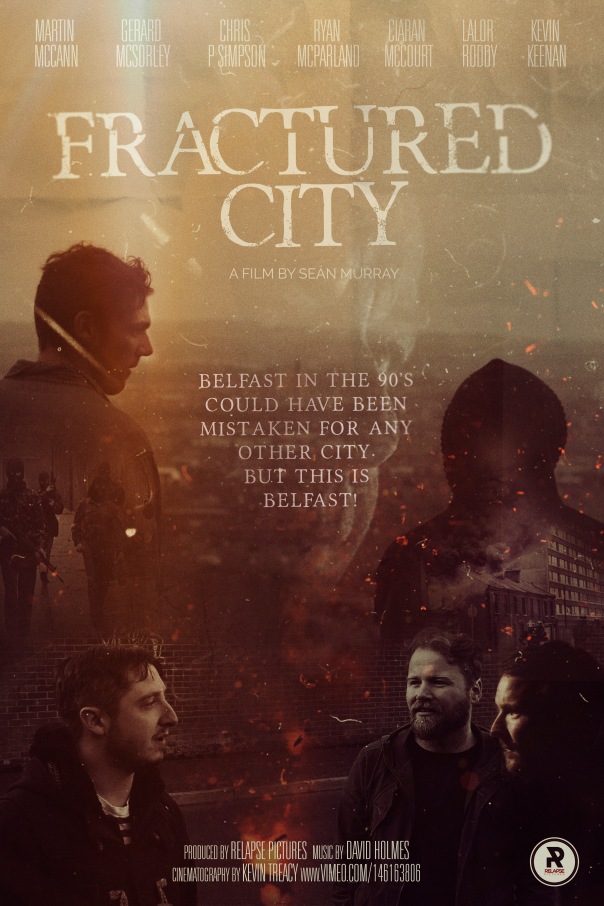